“Illusion is needed to disguise the emptiness within.”

Their happy voices rang out in song. The beautiful children had prepared a presentation for our visit, none of which was performed in English, but their sentiment was apparent. The children of the Quichua tribe welcomed our visit to their little schoolhouse. We had spent the previous day at the home of our host Hugo with his wife and their three young boys. We dined with them on a feast of maggots prepared in three different traditional ways. We knew that harvesting so many fat, juicy bugs was quite a difficult, time-consuming, task and we were honored to be treated as such important guests. We sat in the empty thatched room, huddled around a burning termite mound, which was meant to keep away the Amazonian mosquitoes and hornets. We smiled at our hosts, and swallowed down the large larva. Their children were running about on the ground underneath the raised hut, with passion fruit dripping from their giggling chins.

Those same children now stood before us with smiling faces, this time in their fresh clean school uniforms. We applauded their song and joined the students and teachers for lunch in the gathering hut. Everyday the children were awarded large portions of school lunch, because the Ecuadorian government subsidized communities like the Quichuas. They lined up in neat little rows, with the little girls all receiving their food first. How polite they were to each other, we thought. The children gobbled down the mounds of white rice and beans, and brought their plates to be cleaned. They retook their seats and awaited dessert. Smiles spread quickly across their small, brown faces as the brightly colored, prepackaged cookies were passed out.

Between our life-changing, less than glamorous stays with remote tribes and the grand hotels and opulent meals of the big cities, we had an opportunity to see the “places in between”, where the introduction of modernization and the infiltration of westernization were just beginning to take hold. Some of these places, dotted along long stretches of lonely road all throughout India, China and Africa, hadn't yet made it to the map, and were so small, that we were through them almost as soon as we arrived. While others were large vast areas like Lhasa, Tibet, steeped in history, but fundamentally torn concerning their traditions and their place in our ever-changing world. For the people living in these semi-remote areas it's an exciting time. From their perspective, their lives are becoming easier, as they become connected to the modern world around them. Electricity is most often available, as is running water. We found that almost immediately upon modernization, a little store opens, selling the much sought after brightly packaged soft drinks, candies and chips. These processed, sugar laden, energy (calorie) dense, micronutrient poor foods immediately hook the community starting with the children and spreading like wildfire even to the oldest among them. Often times we found these products as part of the government subsidization programs at schools. These new foods drastically alter the eating profile of the children.

Instead of fresh fruit, these children are now given processed treats with ingredients never before ingested by their ancestors.
In Tari, located in the highlands of Papua New Guinea, we encountered a curious game seemingly sponsored by Coca Cola. Throughout the dirt streets of this small village, interspersed among the barefoot women in the marketplace selling sweet potatoes and second hand clothes, were dartboards. In order to play the game, the men would pay a dollar in exchange for eight darts and if, from at least 25 feet away, they hit the designated areas on the makeshift wooden bulls eye they would win a Coca Cola. If they were very good, they could potentially win eight Cokes for one dollar. These Cokes could then be shared with the numerous spectators who were there supporting the dart-throwing champion. The men would gather in front of one of the 20 some boards in the crude outdoor dart arena and taunt each other to prove their skills of accuracy, a skill highly prized by a Tari Huli men; A skill that would have been used in years gone by for hunting and tribal warfare. Now, the men aimed at painted wooden boards, hunting for sugary syrup in bright red cans. There was also another habit that caught our eyes, but this time it involved the men and women of Tari village. They were all eating what appeared to be big white dinner rolls between their sips of Coca Cola. When we inquired about the unusual habit we were told that about 2 years ago white refined flour became available and that ever since then many of the village people now started their day with a breakfast of several freshly made white rolls and a can or two of Coca Cola. Curious to uncover the effects of this new habit on the Tari people, we pressed our guides further. They told us that it was also about two years ago that the first signs of obesity and mouth cancer were reported in their area. After putting two and two together, we asked them if they had any idea of what these foods were doing to their health. Were they aware that these new foods had any affect on their health at all? They told us that they had noticed that these new foods caused them to gain fat on their bellies. However, they were completely unaware that food could cause any kind of health condition or disease.

The potential health and financial implications that these new foods have on the semi-remote areas we visited are among the biggest problems they face. Little do they know that all the new discretionary money that is flowing in to their pockets now, will be completely gone and replaced by medical bills within a few short years. Even now, before these inevitable medical bills, modernization is costing the people of Papua New Guinea. Already the cell phone companies are aggressively giving away free cell phones in order to sell pre-paid phone cards. One guide proudly pulled from his pocket a stack of approximately 50 used pre-paid phone cards. He carried them, like many of the men we encountered, as a sign of status, like a designer bag or an expensive watch. That year alone he had spent half of his total salary on phone cards to call people living no more than a stone throw away. He no longer needed to walk the mile to confer with clansmen, now he could just pick up his cell and make a call.

We also witnessed many other examples of how modernization brought about a reduction in physical activity. Even as we traveled down the Ecuadorian Amazon River, we were able to recognize that the villages closest to civilization were adopting modern conveniences. New machine fabricated metal canoes powered by small gas guzzling engines replaced the wooden canoes, previously carved by hand and rowed by two men with sturdy oars. These modern monstrosities left behind a cloud of black smoke as they sped out of sight with a deafening roar. The changes in the men's physiques were immediately apparent as loose skin and protruding bellies replaced tight, well-muscled bodies.

Many of the villages we visited were trying to stay self-sufficient. People, whether scientist, nutritionist, or tourist, had warned a few of these groups “living in between” that it was in their best interest to maintain their old nutritional ways. While many were experimenting with ways to somehow grow or raise enough food for their villagers as their ancestors had before them, there seemed to be more villagers than ever before. With the help of the missionaries, far fewer were dying of avoidable diseases such as malaria, and tribal warfare was at an all time low in many of these communities. The problem was, that their increased numbers naturally caused an increased demand for food; food that most villages simply could not grow or raise on their own. Some communities started trout farms or raised Cuy (pronounced Kwee), a type of guinea pig, to provide a constant source of proteins and fats for their people. However, most communities were quickly becoming dependent on the prepackaged foods delivered by strangers at regularly scheduled delivery times.

It is amazing just how fast the human body reacts to micronutrient poor foods. In many of these semi-remote areas tooth decay was already becoming rampant, and diabetes, obesity, heart disease, and cancer where all starting to rear their ugly little heads. Areas that just a generation ago had no knowledge of these devastating conditions were just now beginning to suffer from these new realities. The modern, imported diet of these semi-remote people is always the same, high amounts of processed carbohydrates and less essential fats and proteins. It is our confident belief that this is the recipe for nutritional disaster that leads to poor health conditions and abundant disease. Unless something is done to educate these people, millions will be left to suffer and die in the name of globalization. 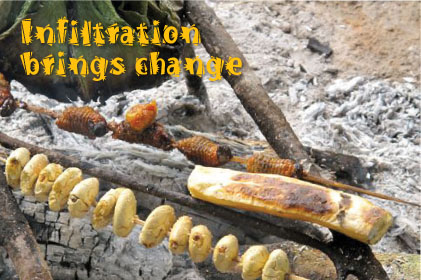 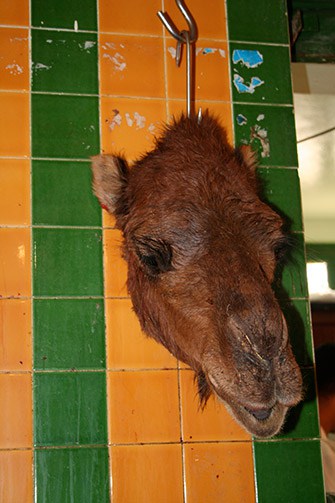 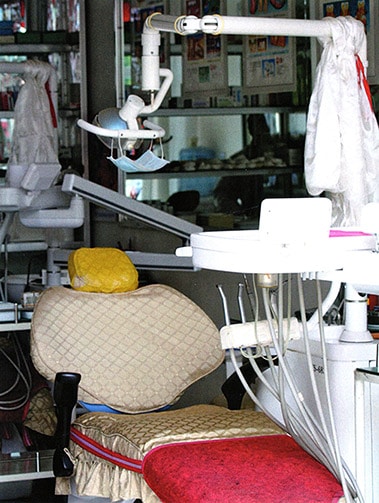 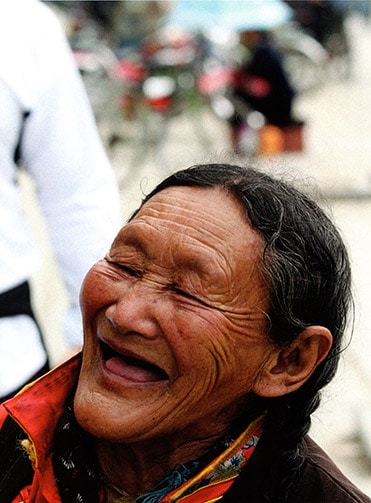 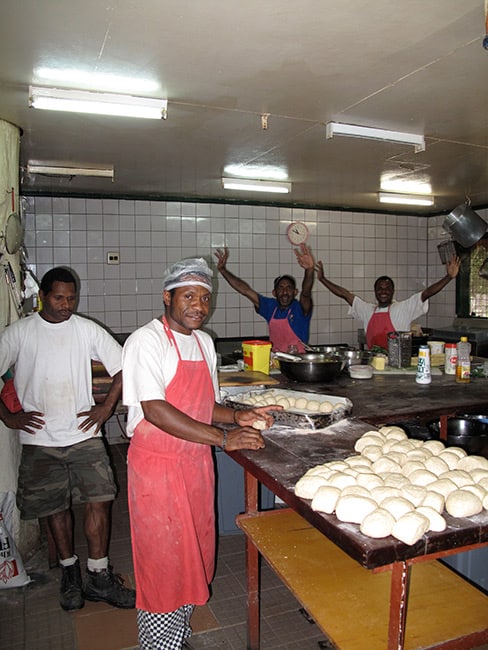 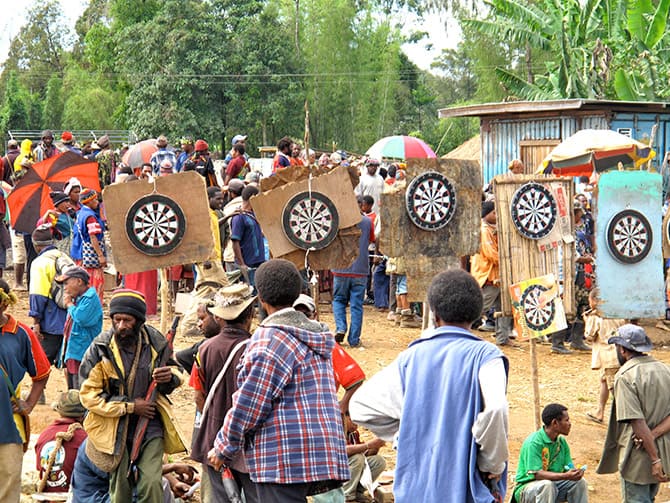 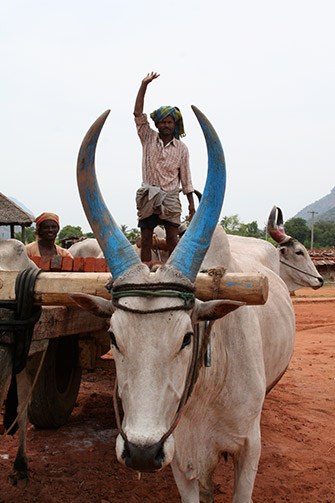 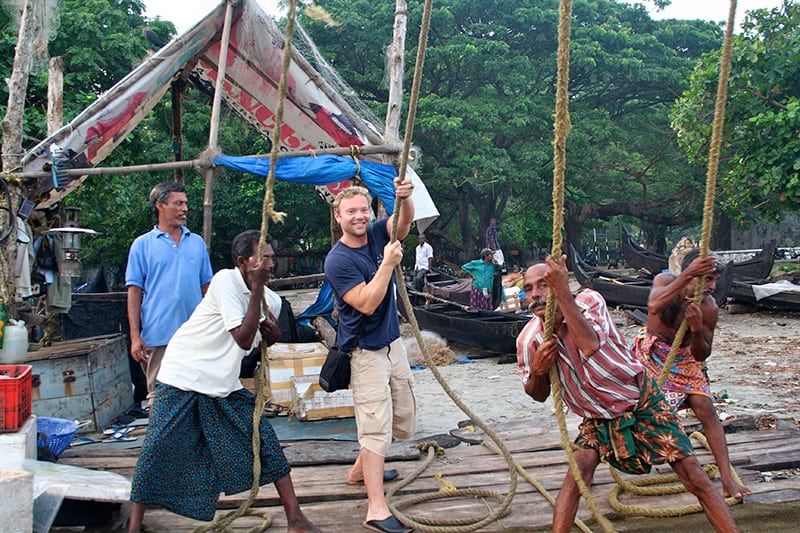 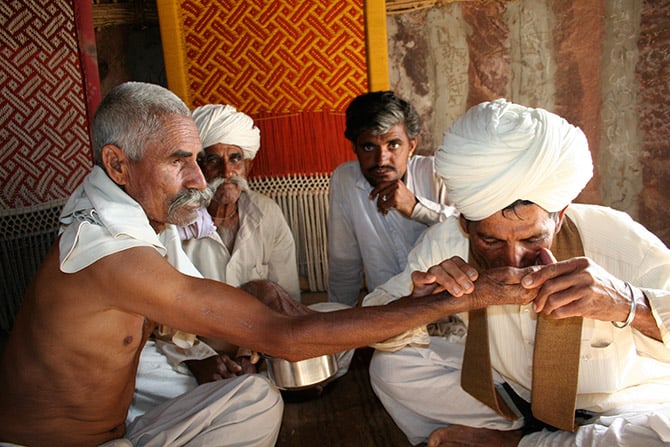 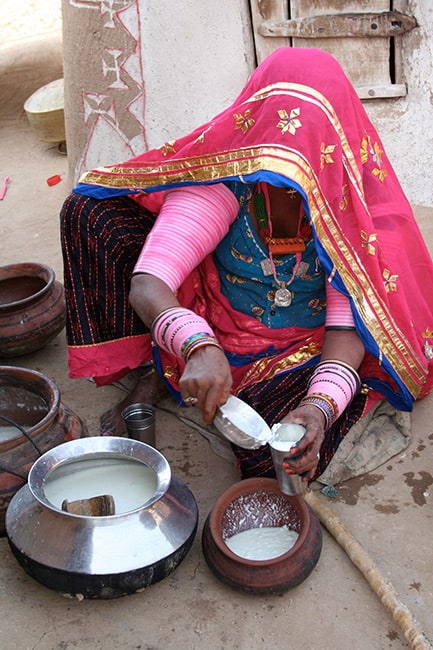 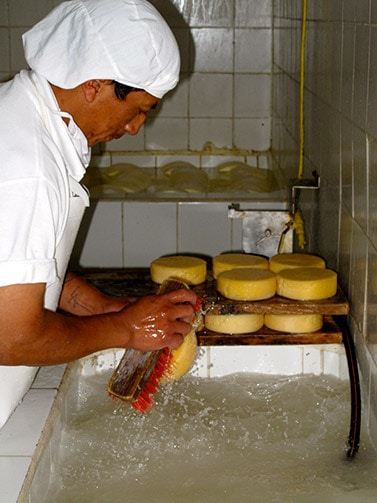 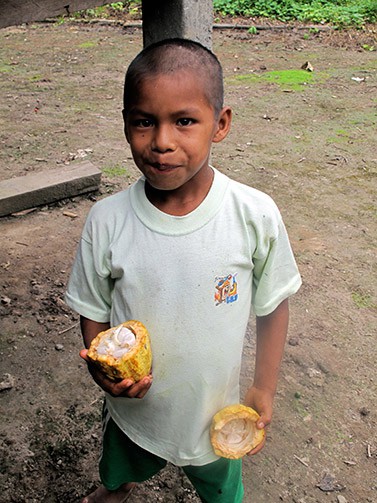 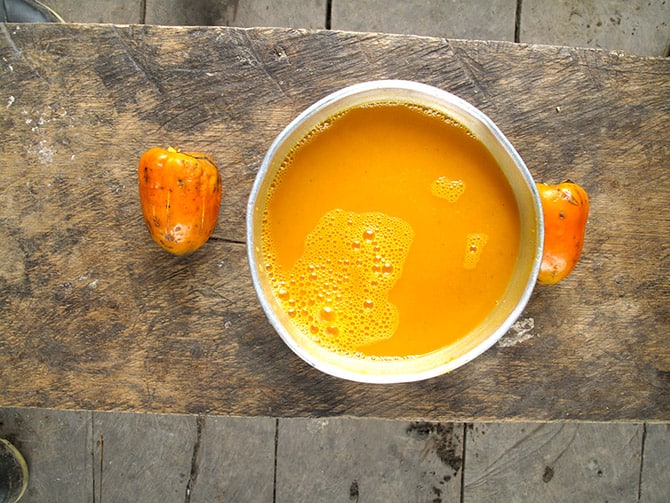 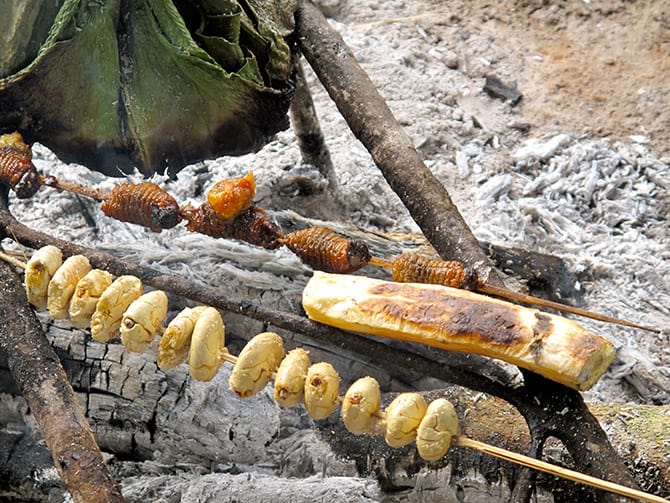 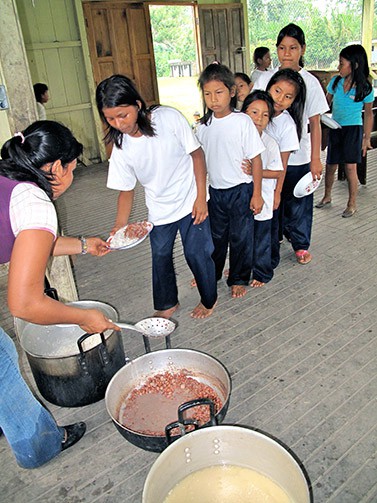 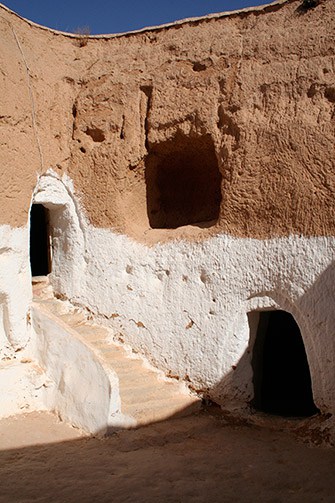 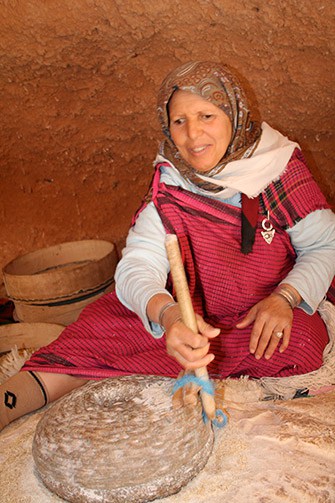 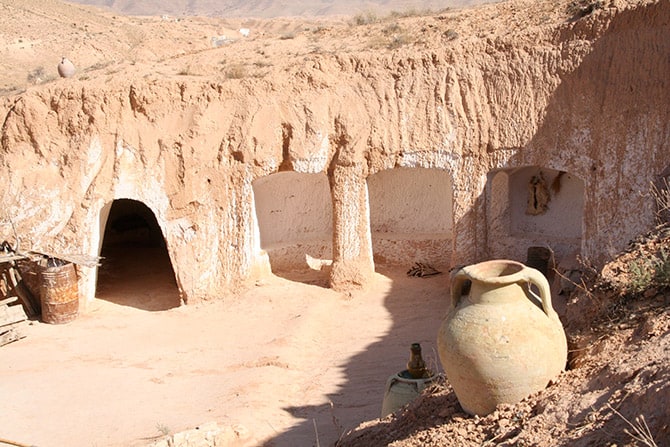