“The insidious, creeping pandemic of obesity is now engulfing the entire world.”

Returning to Delhi was a shock to our senses. The solitude of the Dera sand dunes in Rajasthan, India was now behind us. Camel treks to visit remote communities, full of warm and friendly faces, nestled between peaceful fields of golden wheat, were replaced by overcrowded city streets filled with bustling bodies, clattering sounds, and traffic jams. Cars, cows, and bicycle-drawn tuk tuks all tried to maneuver their way through the same narrow streets. A massive maze of exposed wires filled the sky above us supplying power to the enormous population of this lively capital city. The city was filled with many exotic and lingering smells, the good and the bad awaiting us around every corner. We were on our way to a visit with a local family and knew from the traffic that we would not make it on time. Our driver, a soft-spoken Sikh named Seva Sing, noticed our impatience. “No worries, ” he assured us. He told us that he had all three things necessary to be a good driver in India. He had a good car to carry us in, a good horn to make the cows get out of our way, and most importantly good luck. We had a brief chuckle and settled back into our comfortable SUV. Watching the bustling city around us was fascinating. The vibrant colors of the women's saris flew past the windows. The men, now mostly wearing suits, were a stark contrast from the loose fitting punjabis we had been accustomed to seeing them wear in the rural areas. It was then, at a stoplight, that our biggest discovery was made. We didn't have to get out of the car, search the backstreets, or ask a local scientist numerous questions to uncover it. There, stopped at the corner was a school bus. A stream of uniform clad children, both boys and girls, were being deposited in front of the small brick building. No longer were the children thin and in shape, walking through fields to get to school, as we had seen in the countryside. Here, in Delhi, they arrived by school bus, rounded and fat, expending no energy of their own. We looked at each other in shock. The obesity pandemic had arrived…

Some say that behind the ever-smiling face of a circus clown hides some of the saddest people you may ever encounter. We are often reminded of this when we visit large cities around the world. From an airplane window, many big cities look beautiful, breathtaking even, with their twinkling lights, cloud piercing skyscrapers and false sense of perfection. Unlike the random comings and goings of the remote and semi-remote areas, everything in modernized cities runs on schedule. No longer does conversation and bartering determine price. Prices in the city are clearly marked and determined by computers. While the cities themselves are organized rows of streets and cross streets, and often cleaner than remote and semi-remote areas, it is ironic that it is the big cities of the world that have the most health problems and diseases. The productive people that keep these hubs of humanity buzzing are also dealing with rampant obesity, heart disease, osteoporosis, diabetes and cancer. These people have become intimately familiar with these conditions, and most are on one or more prescription medications to control their condition. However, the medications are not helping. According to the World Health Organization (WHO) approximately 17 million people around the globe die of cardiovascular diseases each year, including coronary heart disease and stroke. This accounts for nearly 30% of all deaths. Yet in developed countries like America, cardiovascular diseases are far more frequent and are responsible for 56% of all deaths. The International Diabetes Federation recently released a report stating that the number of people diagnosed with diabetes has increased from 30 million to 246 million over the last two decades. Cancer is the single leading cause of death worldwide; it accounted for 7.4 million deaths in 2004, and is projected to continue rising, with an estimated 12 million deaths in 2030. Finally, WHO predicts there will be 2.3 billion overweight adults in the world by 2015 and more than 700 million of them will be obese, that is more than two times the number of people living in the US.

Through our years of travel, we began to note the many similarities that these otherwise vastly different cities of the world had in common. We wanted to see if we were able to identify what exactly had brought about the explosion of disease across these communities. How did it happen? What was the cause of the increased disease rates? Could there be a way to reverse these trends? Many of the urban dwellers shared similarities in how they ate, what they ate, and how they lived their lives. For example, unlike the remote areas where food was grown fresh in their gardens, those living in the cities ate foods shipped across their country, and often times from other continents all together. In modern cities, we noticed that the brightly wrapped processed junk foods now made up a large portion of the daily calorie intake. In fact, according to a study that Dr. Ashima K. Kant published in the American Journal of Clinical Nutrition, Americans get more than 27% of their daily calories from junk foods and for 1/3 of the population, junk foods make up an incredible 45% of their total daily calories. These processed junk foods, or Energy Dense Nutrient Poor Foods, crowd out healthier options that contain higher levels of good “healthy” micronutrients from an individual's diet. These foods, that are now being manufactured and distributed all over the world, are not just full of naked calories, stripped of their vital micronutrients, they also contain ingredients such as, refined white sugar and High Fructose Corn Syrup, that further rob the body of its ability to absorb and/or utilize the few essential micronutrients that have been delivered. A whole new day of micronutrient deficiency is dawning as billions of people around the world unknowingly participate in their own demise by eating these foods day in and day out. Most people living in these large cities have long stopped thinking about how food is affecting their health. Poor nutrition is most typically a way of life for these people as they run from one task to another, grabbing fast food along the way. Even worse, many people living in large cities are forced to skip meals because there doesn't seem to be enough time in the day to stop and eat. We concluded that these sub par food choices and eating habits could not support the nutritional requirements the bodies of these individuals were demanding.

We were also able to identify similarities in the ways that the inhabitants of these cities spent their days and lived their lives. There were certain identifiable lifestyle changes that often developed once the group left the semi-remote stage to become completely modernized. We had witnessed the beginnings of some of them, to a small degree, in some semi-remote peoples, but with urbanization, these lifestyle habits were completely embraced by these cultures. For example, stress levels in these areas were much higher than in the laid back remote communities. Alcohol consumption was increased, as was smoking, including secondhand smoke. Pollution was far worse in urban areas due to the number of cars and public transportation needed to move the inhabitants from place to place. No longer did the individuals walk the several miles a day that was so frequent for the remote and semi-remote groups, instead, the ones who did exercise, preferred to save whatever energy they had after their long workday for a visit to their local gyms. Medications, both prescription and over the counter, were commonplace. In fact, according to a new Geographic Variation in Prescription Utilization study, by pharmacy benefit manager Express Scripts, between 2000 and 2006, the number of people in the United States with at least one prescription increased from 67% to 74% of the population. Additionally, the number of prescriptions per person rose from an average of 10.8 to 14.3, a 32% jump.

In city after city after city, from New York to Shanghai we found over-worked, under-nourished, sick, medicated, disease-ridden, outwardly happy, productive, smiling people. While their faces and actions tell one story, their disease ridden, medicated bodies were telling a completely different tale. Through our observations, we were able to conclude that there were two basic factors that all of the urban areas seemed to have in common. The first was that they took in far fewer micronutrients (i.e. essential vitamins and minerals, etc.) through their food than their traditional counterparts in the remote regions. The processing of food, the pasteurizing of milk, the time and distance food traveled to the table and the food preparation techniques all contributed to a high likelihood of insufficient micronutrient intake. The second common factor was that all of these people were actively participating in their own micronutrient depletion. They were consciously making choices to consume alcohol, sugar, refined flour, High Fructose Corn Syrup, high levels of caffeine, to exercise, live stressful lives, skip meals, take medications, smoke, diet and live with air pollution, to name but a few. All of which further depleted their already insufficient level of micronutrients. When we put those two factors together, we could only come to one conclusion. There exists a global micronutrient deficiency pandemic. A pandemic is defined as a global outbreak, something that is extremely prevalent and widespread. According to the Center for Disease Control and Prevention (CDC), more than half of the American population is vitamin D deficient regardless of age. About 70 percent of elderly Americans and 90 percent of Americans of color are vitamin D deficient. Additionally, magnesium expert, Dr Mildred Seelig, believes that 80 to 90 percent of the U.S. and Canadian populations are magnesium deficient. The USDA reports that 9 out of 10 individuals are deficient in the essential micronutrient in potassium and vitamin E. That is to say that nearly 9 out of 10 people ages one and older, do not get the required amount of potassium and vitamin E from their diets to maintain basic health. The data also states that more than 7 out of 10 are deficient in calcium, and approximately 5 out of 10 are deficient in vitamin A, vitamin C, and magnesium. Micronutrient deficiency doesn't end with America. It is reported that more than two billion people in the world are at risk of micronutrient deficiencies (including vitamin A, iron, iodine and zinc). In a recent study published in the British Journal of General Practice, UK residents were observed to determine if they were taking in enough micronutrients, from food alone, to maintain basic health. It was determined that every person they observed was at risk of micronutrient deficiency to some degree. For example, the average intake of selenium, a micronutrient important for proper immune function, was only at 50% of the RNI. The RNI, which stands for reference nutrient intake, is the equivalent to the RDI in the US. Subjects were also found to be 60% deficient in zinc and 30% deficient in calcium. Women were 51% deficient in folic acid. Teenage females showed the greatest deficiencies: calcium (76%), magnesium (97%), zinc (72%), and folate (52%). In Canada, 90% of the population consumes less than the minimal 50 micrograms of chromium a day, thus falling deficient in chromium intake. In 1987, WHO estimated that vitamin A deficiency affected only 39 countries. In 2005, they stated that estimates indicate that 122 countries had vitamin A deficiency of public health significance. This means that even while more countries became developed the number of countries affected by vitamin A deficiency nearly tripled between 1987 and 2005. While the numbers may sound astounding, this is the current situation around the world; the fact is that we are in the middle of a global micronutrient deficiency pandemic. 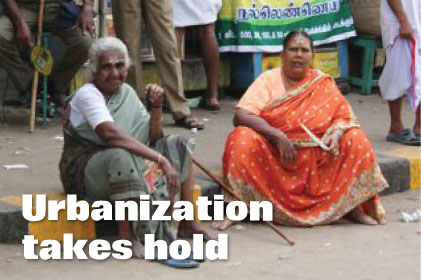 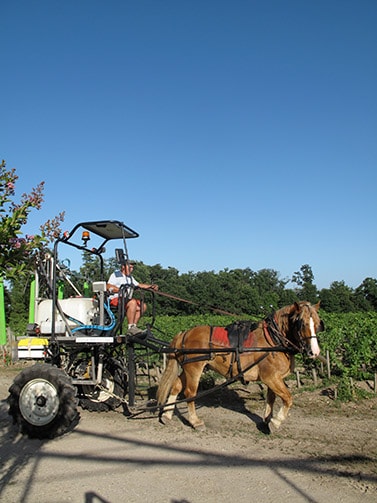 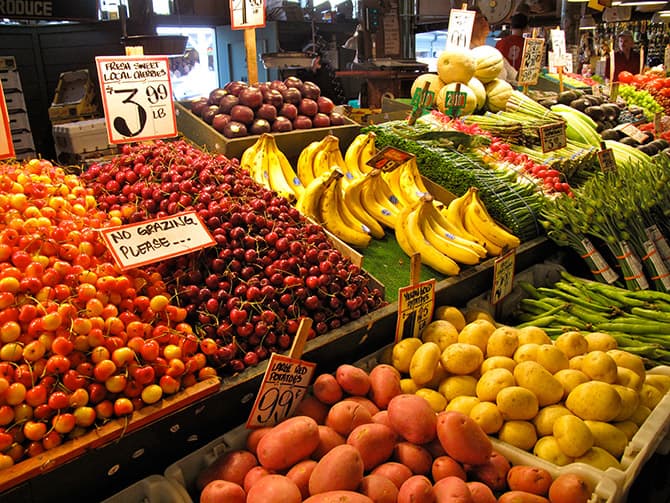 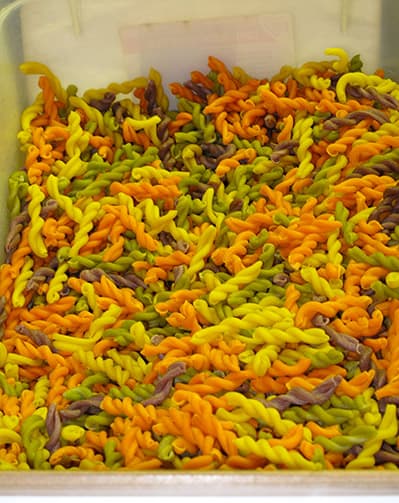 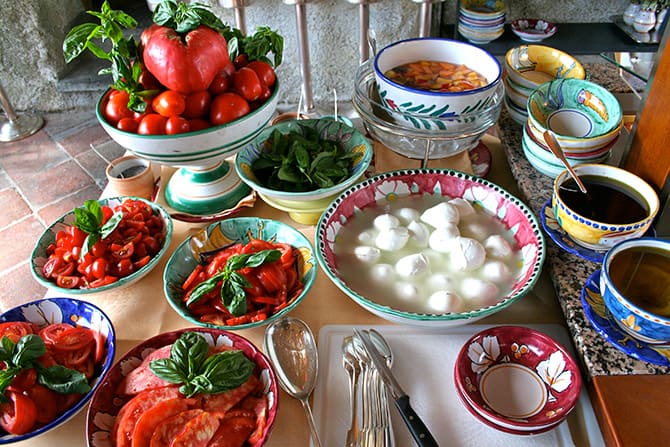 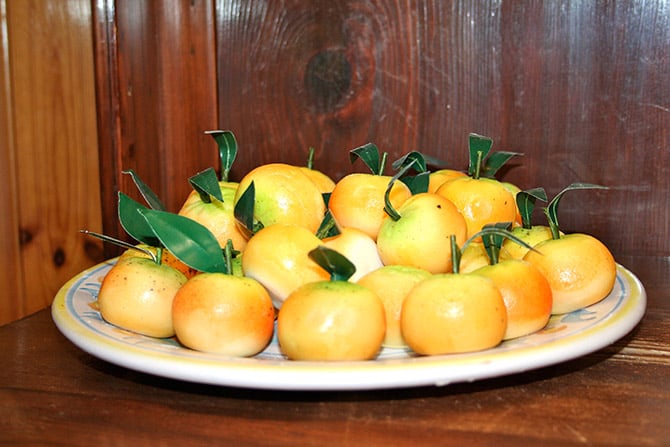 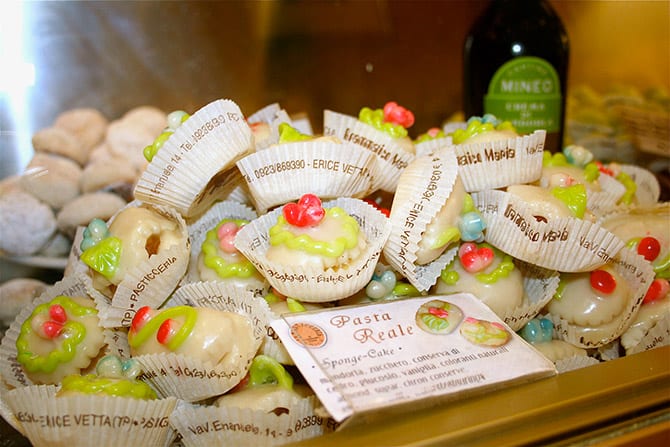 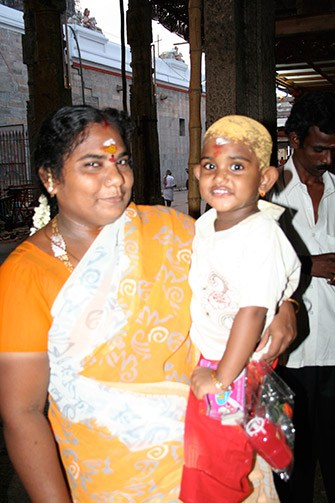 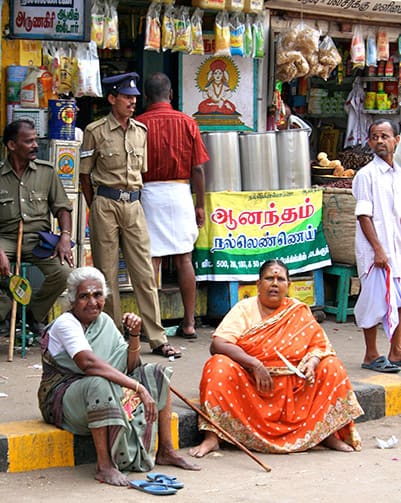 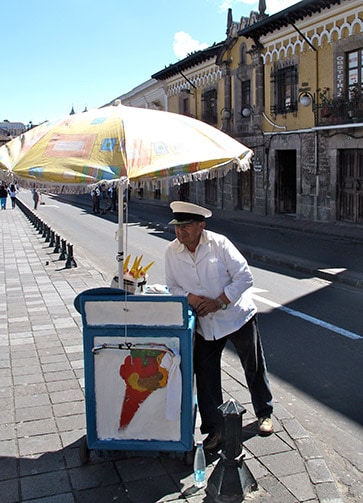 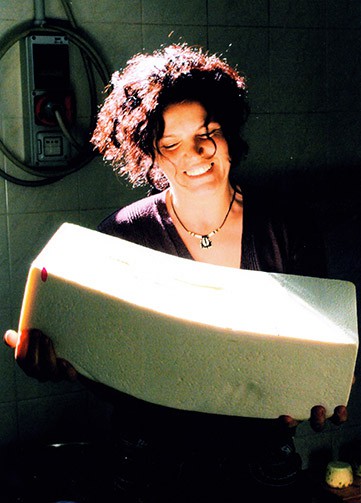