Ditch the plastics: Improve your health and save the planet!

It's time to ditch the plastics.

Both BPA and phthalates are synthetic chemicals that mimic estrogen in the body, and have been shown to have significant correlations with abdominal obesity and insulin resistance. To learn more about where these toxic endocrine-disrupting chemicals are hiding, read this. But, today, we want to touch on something equally as concerning as the effect of plastics on our bodies – their effect on our planet! Each year about 6 billion pounds of BPA and 18 billion pounds of phthalate esters are created worldwide— that’s a lot of problematic pound-producing plastics!

In a recent study published in the journal Anthropocene, evidence suggests that the Earth is entering an ‘Age of Plastic.’ Jan Zalasiewicz, Professor of Palaeobiology from the University of Leicester’s Department of Geology explains: “Plastics were more or less unknown to our grandparents, when they were children.  But now, they are indispensible to our lives. They’re everywhere – wrapping our food, being containers for our water and milk, providing cartons for eggs and yoghourt and chocolate, keeping our medicines sterile. They now make up most of the clothes that we wear, too.

Plastics are also pretty well everywhere on Earth, from mountain tops to the deep ocean floor – and can be fossilized into the far future. We now make almost a billion tons of the stuff every three years. If all the plastic made in the last few decades was clingfilm, there would be enough to put a layer around the whole Earth. With current trends of production, there will be the equivalent of several more such layers by mid-century.”

Professor Zalasiewicz added: “Plastics will continue to be input into the sedimentary cycle over coming millennia as temporary stores – landfill sites – are eroded. Once buried, being so hard-wearing, plastics have a good chance to be fossilized – and leave a signal of the ultimate convenience material for many million years into the future. The age of plastic may really last for ages.”

And it isn't just future generations that are going to suffer, these plastic based synthetic chemicals are affecting our planet right now! For example, according to National Geographic (see full article here), scientists have found an abundance of fish with bizarre abnormalities likely caused from exposure to hormone-disrupting water pollution in one of the most productive and pristine wetland ecosystems in the Northeast, “Scientists from the U.S. Fish and Wildlife Service and the U.S. Geological Survey studied fish in 19 national wildlife refuges in the U.S. Northeast, including Missisquoi. Their conclusion: An astonishing 60 to 100 percent of all the male smallmouth bass they examined had female egg cells growing in their testes. Scientists call this condition intersex, and while its exact causes are unknown, it’s been linked to manmade, environmental chemicals that mimic or block sex hormones.” If something this drastic can be discovered in a wildlife refuge, imagine the effects pollution is having in other areas of the planet.

According to Worldwatch Institute, an average person living in Western Europe or North America is responsible for 100 kilograms of plastic waste each year, mostly in the form of packaging. Could you imagine the positive effect each of us could have on our health and the planet, if we all reduced our plastic usage by 50%?

This Earth Day, we urge you to oust these obesogens once and for all!

Here are some quick tips from our book, The Micronutrient Miracle, to help you avoid both BPA and phthalates:

To read more about the effect BPA and phthalates can have on your body, click here. To start replacing your plastic food storage containers now, check out some of our favorite glass containers, click here. 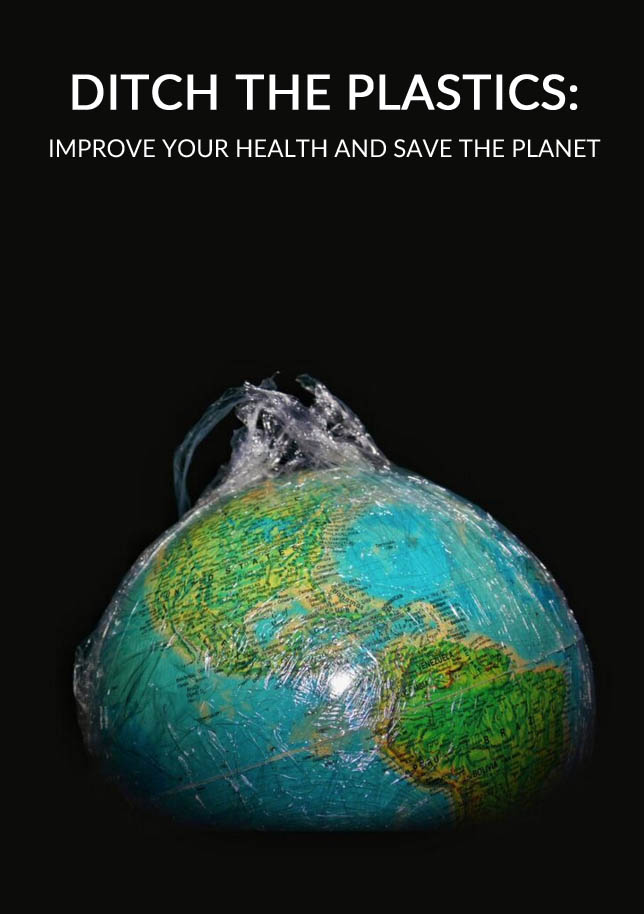